Samsung announced earlier today the rebirth of the Galaxy Fold with 5G connectivity and improved design. Now, the company announced that EE will bring the foldable device to the United Kingdom, starting September 18. It will be also available for customers to experience it at various retail stores.

The reborn Galaxy Fold is pretty much the same as the original one, but with a screen cover that goes under the bezel. The hinge is now protected from external particles like dust, sand and pocket junk, and in the same time leaves way less space between both sides of the slate, when folded.

Specs-wise it is pretty much the same, although countries, where 5G networks are available, are lucky enough to get the Galaxy Fold enabled for next-gen gigabit speeds. Currently, EE offers 5G in six British cities - London, Birmingham, Manchester, Belfast, Edinburgh, Cardiff - and plans to extend to ten more by the end of 2019.

The price of the Samsung Galaxy Fold in either Cosmos Black or Space Silver will be £1,900. It will be available for purchase at EE and Samsung Experience Stores, however, you can see and fold the device for yourself at Samsung KX, Harrods, and Selfridges.

The device comes with Galaxy Buds and Aramid case in the retail box, but the carrier is yet to announce the price plans for the whole package. 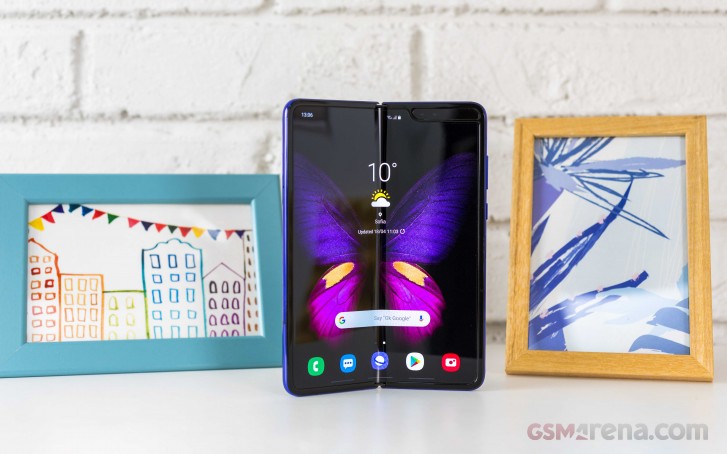 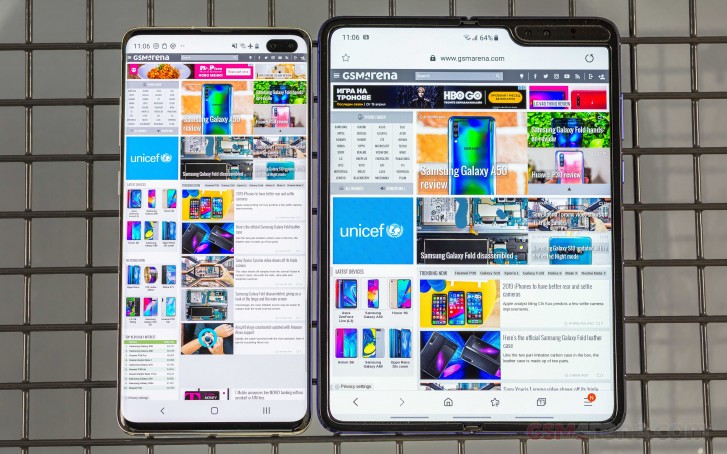 Samsung also mulls removing the charger from some retail packages