Last week we saw live images of the Motorola Moto E6 Plus which revealed its design. Today, we are looking at its press renders which confirm the phone will come in at least three colors.

From last week's images, we already know that Moto E6 Plus will have a notched display on the front and a dual camera at the back accompanied by a fingerprint scanner. And today's renders reveal that the smartphone will have a microUSB port at the bottom with the 3.5 mm headphone jack placed at the top.

As far as the specifications are concerned, the Moto E6 Plus is expected to ship with a Helio P22 SoC paired with up to 4GB RAM. The smartphone will come in two storage options - 32GB and 64GB - and it will also have a microSD card slot for storage expansion.

The selfie shooter on the front is said to be an 8MP unit while the dual camera setup at the back is rumored to be a combination of 13MP main and 2MP depth sensor modules.

More details about the Moto E6 Plus should follow soon. 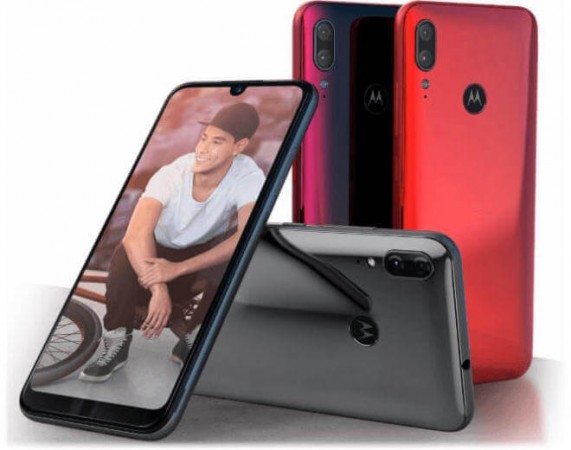