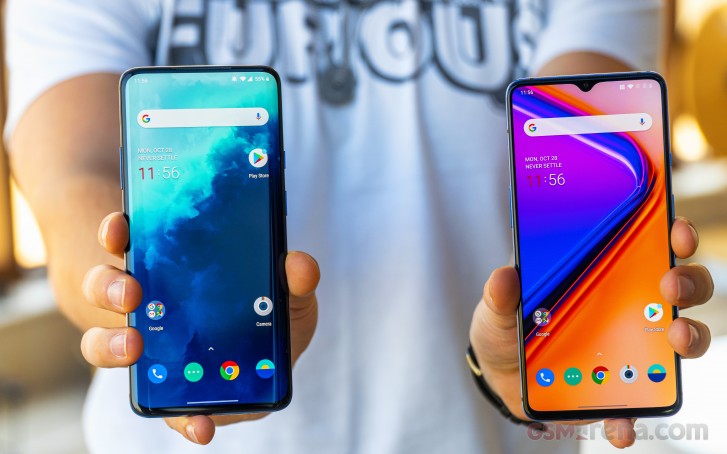 The OnePlus 7T and the OnePlus 7T Pro are the successors to the very recently launched 7 and 7 Pro. If you are wondering why these devices exist so soon after the release of the 7 and 7 Pro it's because OnePlus seems to no longer be following its self-imposed six month release cycle. It's also possible the OnePlus 8 and 8 Pro may already be here before you finish reading this.

Jokes aside, the OnePlus 7T and 7T Pro are iterative updates over two already very good phones. The OnePlus 7T Pro, in particular, is a much smaller update over the 7 Pro, while the 7T is a lot more noteworthy. So noteworthy, in fact, that there is now some confusion whether you should go for the 7T or the 7T Pro.

You see, when the 7 and the 7 Pro released, there was a very clear delineation between the two. The 7 Pro had everything under the sun, from the curved 90Hz display, triple camera and higher memory options. The 7, on the other hand, was a more modest proposition with smaller ambitions. It was a very capable smartphone, just not the very best.

With the 7T and 7T Pro, things are a bit different. The 7T now gets a 90Hz display, a triple camera setup on the back and the same basic internals as the also updated 7T Pro. The 7T Pro, meanwhile, only gets minor bumps in specs over the 7 Pro but nothing that distances itself from the 7T quite as much as its predecessor did with the 7. However, the price has now gone up for the cheapest 7T Pro, making the gap between the 7T and 7T Pro even larger in terms of cost.

All of this begs the question, why even buy the OnePlus 7T Pro anymore when you can just get the 7T and call it a day? Well, it certainly seems that way on paper but maybe there's more to the story than what might appear at first glance. So let's break it down to the basics and see if the 7T Pro pulls ahead in a meaningful way to justify its cost, or if you should indeed just trust your instincts and go with the cheaper 7T.