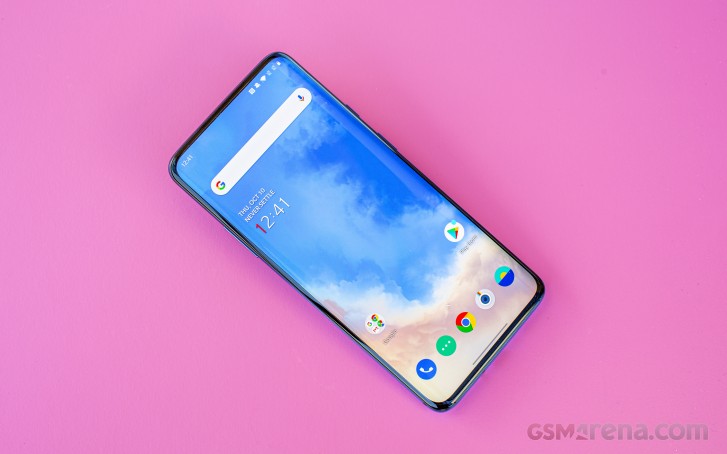 OnePlus spread the 7T series announcement over separate events, two weeks apart. This sure is a unique approach and we can't think of another maker to have done it. But this is OnePlus being OnePlus and we have learned to expect the unexpected.

Speaking of, the OnePlus 7T Pro is all but unexpected. It is the most insignificant upgrade OnePlus has launched to date. It offers a minor improvement in theoretical performance, new macro and slow-mo options in the camera, and slightly faster charging over the OnePlus 7 Pro. That's it.

Yet, the OnePlus 7T Pro is one of the best flagships on the market today and unless you are a 7 Pro owner - you should be looking forward to knowing more about this one. It has one of the finest screens on the market - high-res, notch-free, and 90Hz. The most powerful Android chip on the planet - the Snapdragon 855 Plus - is inside, too.

This year OnePlus has really stepped up its camera skills, and they've put everything they've got in the 7T Pro. There is a triple camera on the back - a 48MP primary, 8MP tele (3x zoom), and a 13MP ultrawide shooter. The main and zoom snappers feature OIS, while the ultrawide can now do macro photos.

The OnePlus 7T Pro introduces a new Warp Charge 30T, which still maxes out at 30W, but it takes less to reach 100% due to some improvements in the battery chemistry.

Finally, the 7T Pro launces with Oxygen 10 based on Android 10, which makes it one of the first smartphones to come with Android 10 out of the box. Nice!

And here is the complete specs sheet.

OnePlus may want you to Never Settle, but the maker has already settled on a couple of things - no microSD, no 3.5mm audio jack, and no official IP rating. And while we appreciate that the 7T series has some kind of water protection, the bitter taste of the audio jack removal is still rather fresh with many of the OnePlus fans.

Then again, the 90Hz screen could make up for many things, including those omissions and we can't wait to work with that smooth Oxygen OS once again. So, let's get this thing out of the box, shall we?

Sweet is the life of the reviewer and we do love unboxing big red boxes. But even if you are not in the business of reviewing phones, you would still be treated premium with the latest OnePlus 7T boxes. Just look at those red beauties!

So, the OnePlus 7T Pro comes packed within a long red box with an inscription promising nothing but greatness awaits inside. Big words, and while they do sound like an end, we suspect this is just the beginning of a new era for the maker with the transition to Fluid AMOLEDs. But more on that later.

Inside this pretty retail box is the OnePlus 7T Pro, complimented with a letter from OnePlus CEO Pete Lau. The Warp Charge 30W adapter is inside, and the signature USB-C red cable is here to stay.

There is one more accessory inside the box and that's a transparent soft case from OnePlus, so you have additional protection right out of the box.

What's not included in the bundle is a 3.5mm adapter, which should have been a must for a phone that doesn't have an audio jack. There are no headphones inside either, but you can always opt for OnePlus's Type-C Bullets for €25. 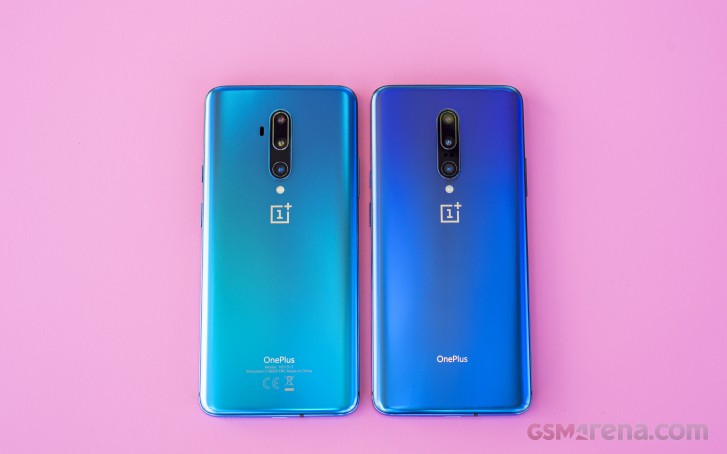 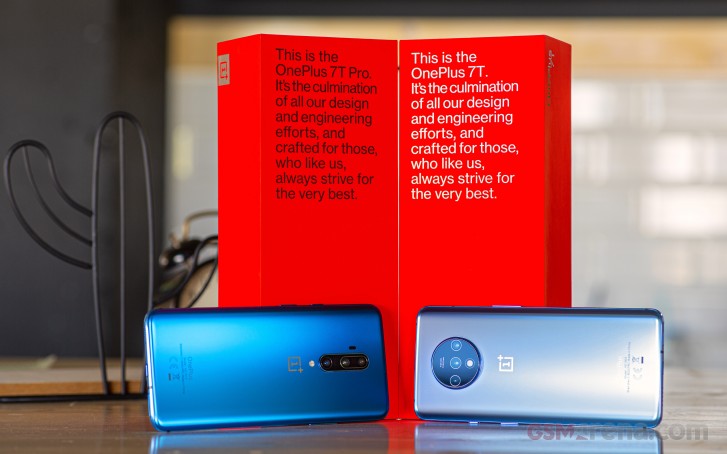 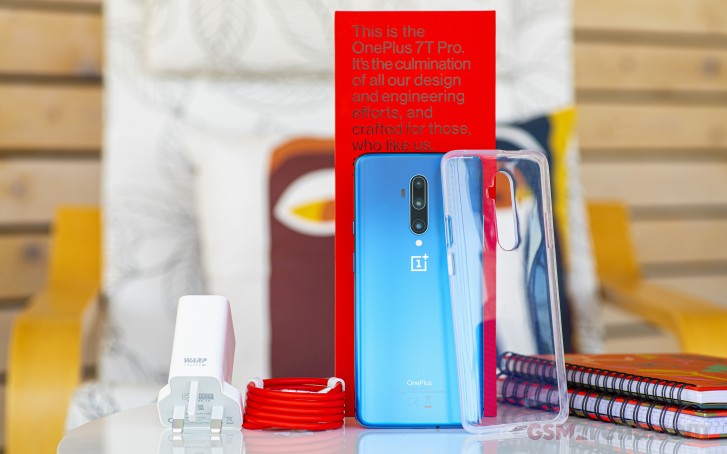