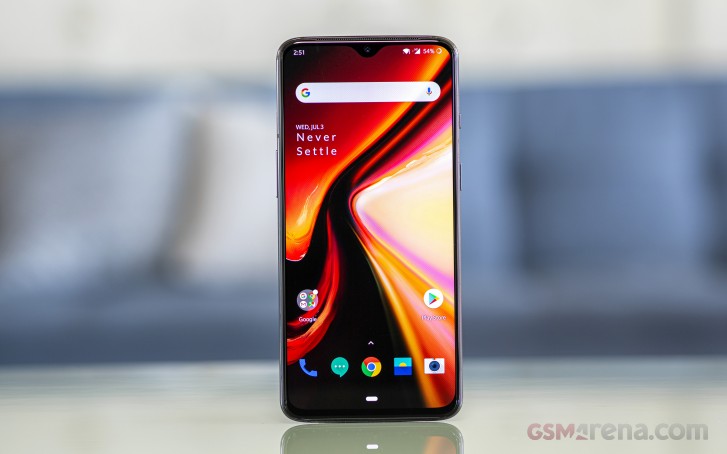 With OnePlus moving to a two smartphone approach this year and delivering a Pro flagship with a bunch of the company and market firsts it was super easy to overlook the way more conservative OnePlus 7. The fact that it didn't make it to all markets didn't help either, but there's no denying that this is the phone that much better reflects the company's values. While the 7 Pro aims to beat competitors on features rather than, the regular 7 offers the no-nonsense aggressive pricing approach that made OnePlus what it is today.

Following the sharp increase in smartphone prices for tha past few years, a new "mainstream flagship" segment was born and quite a few companies are looking to take a piece of it. Phones with flagship chipsets that deliver the same core experience, while maintaining a far more reasonable price tag.

The questions then is, if the OnePlus 7 makes the right compromises to make the budget. Let's have a look at its specs first.

Crucially, the OnePlus 7 costs the same as the OnePlus 6T did back when it launched. The initial look may lead you to believe that it doesn't change that much either and the fact that OnePlus opted to retain the 6T as its affordable alternative points towards the same thing. Yet, a closer inspection reveals that upgrades go beyond a simple chipset switch.

Key improvements include a brighter screen, stereo loudspeakers and an upgraded in-display fingerprint reader. Plus you get the same main camera as the OnePlus 7 Pro and while you'll be missing on the wide angle and telephoto action, this is the one used for a majority of your photos anyway.

We'll now set to check if those upgrades are enough to keep the package relevant in 2019, or if OnePlus held back too much. Let's have a look inside the box first.

The phone comes in a standard OnePlus package with the usual user manuals, a 20W fast charging brick, USB-A to USB-C cable for charging and data transfer and a transparent silicone case to keep the 7 safe until you get a better one, because chances are few will be happy with this one.

Unfortunately, the OnePlus 7 sticks to the company's usual tradition of coming without a pair of headphones. Worse yet, unlike the 6T's, this one has no USB-C to 3.5mm dongle either. If you want to use your 3.5mm headphones you'll have to get one separately. 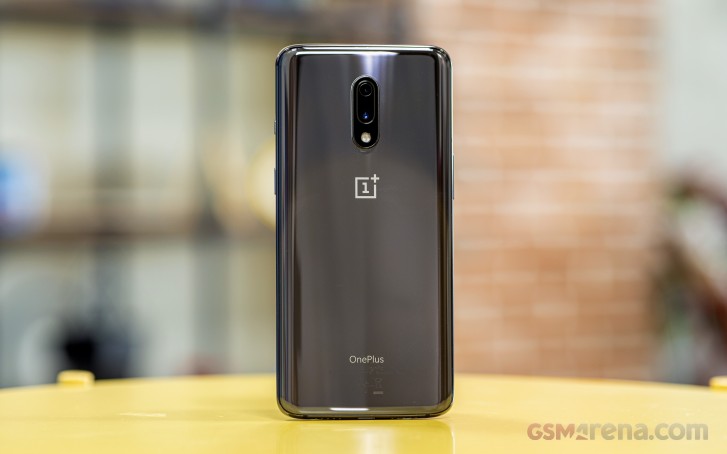 OnePlus 7 review at a glance