LG went all-in with the 18:9 display aspect ratio this year for its flagships - both the G6 and the V30 employ this spec that's become incredibly trendy in 2017. The tall screens have only recently started to make their way to mid-rangers, though, and on that front LG was among the first to deliver, with the Q6.

Look at its front and you may easily mistake it for a G6, especially if you don't have the higher-specced model around for a size comparison. The Q6 is slightly smaller, but keeps the same overall bezel-starved design around a 5.5" LCD screen that has rounded corners.

The similarities aren't as striking on the back, however, because the Q6 being cheaper means the glass used on its bigger and more potent sibling has been swapped for plastic. The metal frame is still present, and feels reassuringly good when you hold the phone.

The Q6 is a device that aims to impress with its modern screen, but ultimately has been built to accommodate a specific price point. Hence, compromises do exist in many areas. It's the phone you buy if you're smitten with the G6's looks but don't want to shell out as much cash.

As with any non-flagship product, what's most important is whether LG managed to nicely balance the spec sheet here enough that the Q6 will be adequate for most users. You obviously shouldn't expect top of the line performance in any area, but some omissions such as the fingerprint sensor are quite baffling, especially considering that most of this phone's competitors happily sport the biometric authentication method even at lower price points.

The Q6 thus seems to be a mixed bag from the get-go, but let's not jump to any conclusions just yet. Join us on the following pages as we take a deep dive into what makes this handset stand out from the crowd of similarly priced devices. As always, we'll start with a tour of the hardware. 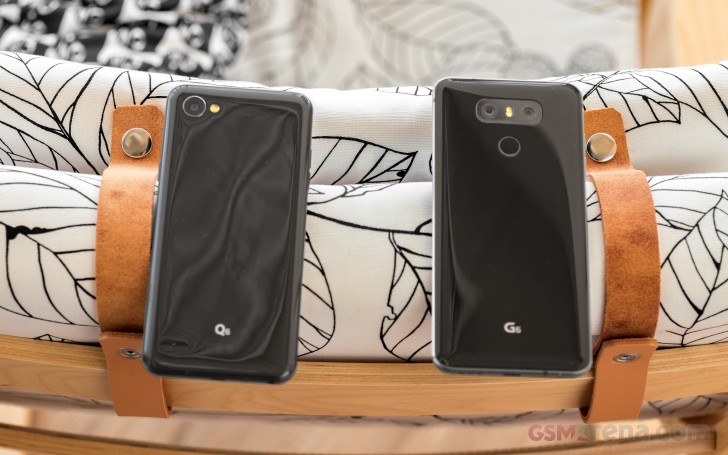 LG Q6 review at a glance