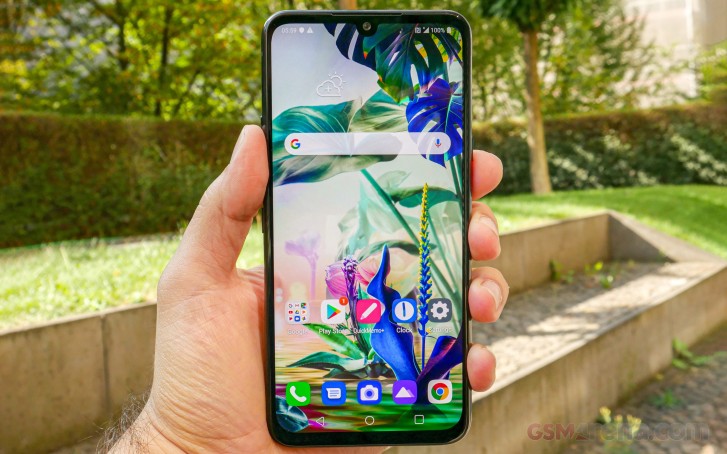 IFA kicks off to the public in a few hours, but announcements have been flying in from left and right for the past few days. LG wouldn't be one to miss the opportunity to announce a new phone, and we now have the G8X ThinQ for a quick first look.

The G8X (one ThinQ per article is enough) is sort of a follow-up to the G8, announced at MWC in the spring, with some spec changes. Plus, it has a secondary display accessory - a concept borrowed from the V50 ThinQ.

For starters, the G8X has a larger display than the G8, but this one is lower-res - 6.4" FullHD+ here vs. the G8's 6.1" QHD+. This new display comes with a fingerprint reader embedded, a first on an LG high-end phone.

The main cam is the usual 12MP unit and is joined by a 13MP ultra wide angle shooter (the G8 and V50 have a 16MP ultra wide, so this is a different one). Over on the front a 32MP Quad Bayer cam replaces the unremarkable 8MP snappers of the Spring-time models.

The G8X keeps the Snapdragon 855 chipset (so no 855+), and will be available in a single 6GB/128GB configuration, at least at launch. One notable upgrade over the G8 is the G8X's battery capacity - the 4,000mAh capacity looks promising.

Well, not if you intend to use the optional DualScreen - it lacks its own battery and feeds off the main phone's power pack. LG does say it'll only contribute an extra 20-30% additional battery draw, so things shouldn't be that bad, maybe.

But we're getting way ahead of ourselves - there'll be no battery testing anytime soon. What there will be is an early look at the LG G8X on the next page. 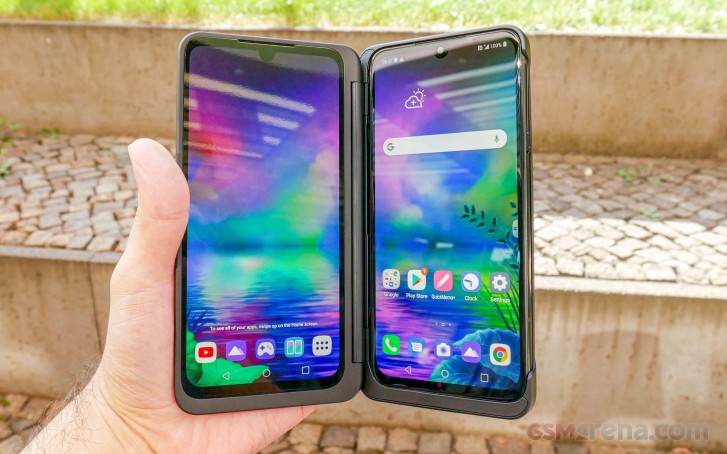